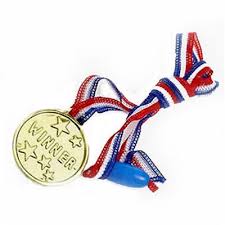 I spoke at a middle school in the spring of 1995. When the program was over, the principal asked me if I would pay a visit to a special student. An illness had kept the boy home, but he had expressed an interest in meeting me, and the principal knew it would mean a great deal to him. I agreed.

During the nine-mile drive to his home, I found out some things about Matthew. He had muscular dystrophy. When he was born, the doctors told his parents that he would not live to see 5, then they were told he would make it to 10. He was 13 and from what I was told, a real fighter. He wanted to meet me because I was a gold-medal power lifter, and I knew about overcoming obstacles and going for your dreams.

I spent over an hour talking to Matthew. Never once did he complain or ask, “Why me?” He spoke about winning and succeeding and going for his dreams. Obviously, he knew what he was talking about. He didn’t mention that his classmates had made fun of him because he was different; he just talked about his hopes for the future, and how one day he wanted to lift weights with me.

When we finished talking, I went into my briefcase and pulled out the first gold medal I won for power lifting and put it around his neck. I told him he was more of a winner and knew more about success and overcoming obstacles than I ever would. He looked at it for a moment, then took it off and handed it back to me. He said, “Rick, you are a champion. You earned that medal. Someday, when I get to the Olympics and win my gold medal, I will show it to you.”

Last summer I received a letter from Matthew’s parents telling me that Matthew had passed away. They wanted me to have a letter he had written to me a few days before.

My mom said I should send you a thank-you letter for the neat picture you sent me. I also wanted to let you know that the doctors tell me I don’t have long to live anymore. It is getting very hard for me to breathe and I get tired very easy, but I still smile as much as I can. I know that I will never be as strong as you and I know we will never get to lift weights together.

I told you someday I was going to go to the Olympics and win a gold medal. I know now I will never get to do that. But I know I am a champion, and God knows that too. He knows I am not a quitter, and when I get to heaven, God will give me my gold medal, and when you get there, I will show it to you.

Thanks for loving me.
Your friend,