Changing the Course of Destiny 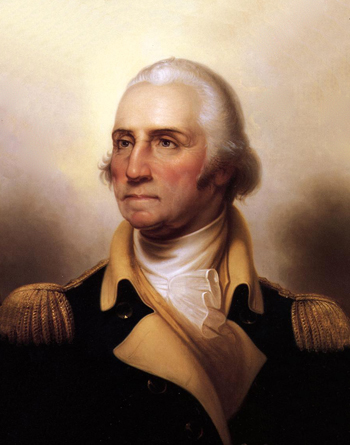 Human Affection & Respect Can Change the Course of Destiny

I want to share with you certain insights concerning a decisive turn of events in American history from a biography of George Washington that I am reading. I am referring to volume two, GEORGE WASHINGTON IN THE AMERICAN REVOLUTION (1775-1783), by James Thomas Flexner. I had known about what Washington did that day before but not in such interesting detail. What happened I think reflects how the values of love and loyalty shape destiny.

The date is March 15, 1783. The place is in Newburgh, New York, on the west side of the Hudson River. The action occurs in a “temple” built by Continental Army soldiers and used by them for worship on Sundays and as a dancing academy on other days.

The issue concerned the discontent and bitterness of officers in the Continental Army under the overall command of George Washington as Commander-in-Chief. The officers had not been paid properly by Congress in years (along with the common soldiers) nor was any real provision being made for their retirement once the war was over. This produced a deep, bitter sense of rejection and insecurity that was perceived by them as insult and financial injury by the Congress and society at large. There was standing room only in the temple on the 15th as they debated the question of whether or not the army should use its military power to take over Congress and establish some form of military dictatorship as a way to force Congress and the states in giving them what they rightly earned through service in the war. Many officers hoped the Commander-in-Chief would lead them and some had tried to persuade Washington to become a new American king!

Although General Washington was not expected to come in person that day to this meeting, he showed up suddenly in the middle of their deliberations. Reminding the men that he too had struggled and suffered with them during eight years of war, he noted that their cause was righteous and just. But he warned them that only bloodshed would result from an assertion of military power over civilian authority. You will “open the flood gates of civil discord and deluge our rising empire in blood.” Although the word was not then available, Washington was really talking about ugly prospect of fascism. However, Washington and the leadership of his generation were fully aware of the Roman example concerning the destruction of the Roman Republic by generals who made themselves Caesars. He made it very clear to them that he would help them in every way his ability and prestige would permit within the normal political context of Congress’ authority over the military (this was the basic relationship from the beginning of the war). He also stated flatly that he would never lead a military takeover in America.

As they listened politely and respectfully to him, the officers in the audience were somewhat perplexed as to what to do next, but were not moved as a group to step back from the abyss.

Then, their General took out a piece of paper–a message from a member of Congress who was sympathetic with their financial plight and promised to do something about it–and fumbled around as he could not read it, whereupon, he took out a pair of eye glasses. (Very few of the men knew he wore them; they were shocked to see them.) Washington said, “Gentlemen, you will permit me to put on my spectacles, for I have not only grown gray but almost blind in the service of my country.” When the General finished reading the short statement, and without any anti-climatic epilogue, he walked out of the temple, got on his horse and rode back to his headquarters.

In the words of the biographer, Flexner, “This simple statement achieved what all Washington’s rhetoric and all his argument had been unable to achieve. The officers were instantly in tears, and…their eyes looked with love at the commander who had led them all so far and so long.” The impetus for military takeover dissolved and the officers drafted a new address to Congress expressing a willingness to trust the process that General Washington had outlined.

In the end, it was not ideology or logic that won the day and prevented a dictatorship; it was the combination of affection and respect that constitute that winning loyalty, so admirable in the human heart. I am reminded of the love for Jesus that, with one exception, kept the Apostles loyal to their Master through thick and thin.

Eventually, some financial restitution was made for the officers but not to the full extent necessary. Washington made good on his promise to work very hard on their behalf with Congress and the states. He was not satisfied with the final arrangements made for the officers but had nonetheless done the best he could do under the circumstances of the early 1780s in which the central government, Congress, and the primitive credit system of the thirteen states, did not allow the proper funding of the war effort. All this was before the establishment of the Republic we now enjoy.

George Washington’s decision that March 15, 1783, demonstrates that power does not always corrupt, even absolute power. Washington could have gone in an entirely different political direction and destroyed what has proven to be one of the bedrock Constitutional principles of the United States: separation of powers–in this case, the civilian control of the military. The author, Thomas Flexner, concludes, and I agree with him, that “Americans can never be adequately grateful that George Washington possessed the power and the will to intervene effectively in what may well have been the most dangerous hour the United States has ever known.”