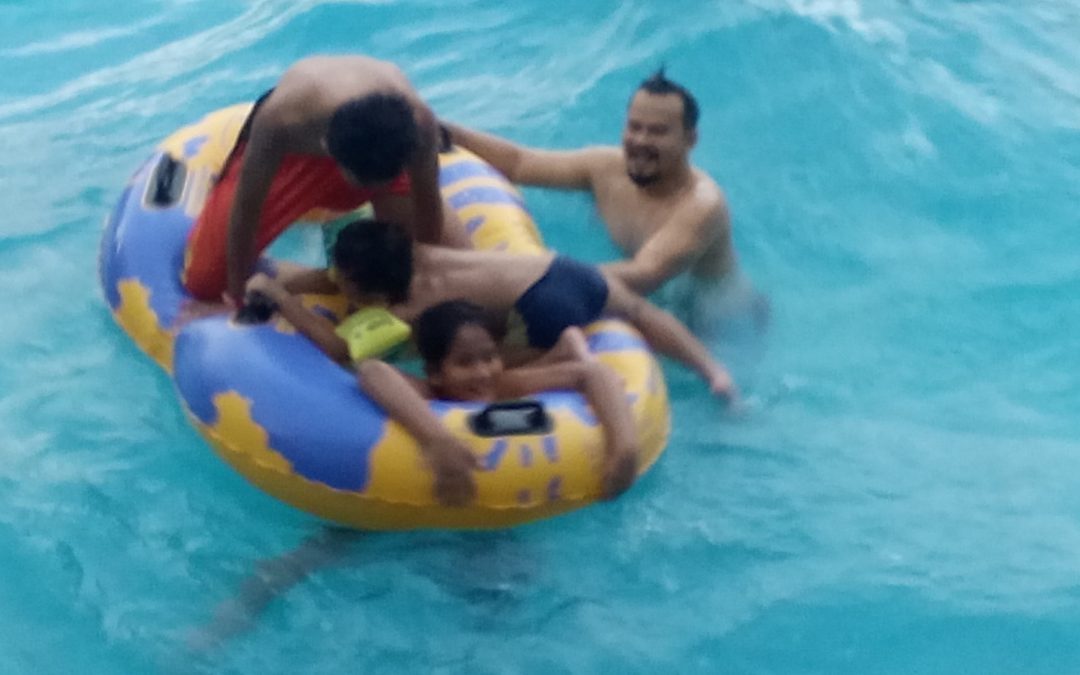 A father is a person who is forced to endure childbirth without an anesthetic. He growls when he feels good and laughs very loud when he is scared half-to-death. A father never feels entirely worthy of the worship in a child’s eyes.

He is never quite the hero his daughter thinks. Never quite the man his son believes him to be. And this worries him sometimes. (So he works too hard to try to smooth the rough places in the road of those of his own who will follow him.)

A father is a person who goes to war sometimes … and would run the other way except that war is part of an important job in his life (which is making the world better for his child than it has been for him).

Fathers grow older faster than other people, because they, in other wars, have to stand at the train station and wave goodbye to the uniform that climbs on board.

And, while mothers cry where it shows, fathers stand and beam … outside … and die inside.

Fathers are men who give daughters away to other men who aren’t nearly good enough, so that they can have children that are smarter than anybody’s.

Fathers fight dragons almost daily. They hurry away from the breakfast table off to the arena, which is sometimes called an office or a workshop. There they tackle the dragon with three heads: Weariness, Works, and Monotony. And they never quite win the fight, but they never give up.

Knights in shining armor; fathers in shiny trousers. There’s little difference as they march away each workday.