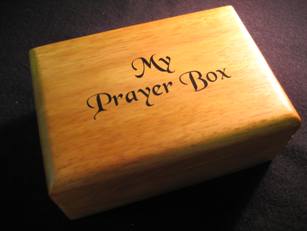 “I have a good friend named Barclay Tait who sells vacation real estate in Niceville, Florida. Back in 1977, he was a 36-year-old Florida basketball coach. That summer, he decided to hitch-hike to a religious conference in Front Royal, Virginia. Arriving four days early, he went to a nearby forest and pitched his tent by a stream. On the last day, a tall, thin hiker with a notebook under his arm suddenly appeared, startling him as he read his Holy Book. Barclay explained that he came out there to fast and meditate.
Dave, the hiker, replied, “Well, I’m an intercessor. What would you like me to pray for?”

Feeling somewhat overwhelmed, Barclay said, “Uh, frankly, I’d like prayer for a wife.” The man wrote the request in his notebook and walked on.
By 1988, Barclay, now married to Sherry, has been divinely guided to move to Asheville, North Carolina. A chance encounter in the Holiday Inn parking lot led to an invitation to join a gathering of a religious group outside of town. Arriving just before the 7:00 P.M. meeting, the host walks in from the kitchen and stops dead in his tracks. “I know you!” he exclaims, pointing his finger. “You’re Barclay Tait!” Barclay draws a blank.

“Just a minute. I have something I want to show you,” the host announces. He scampers upstairs, leaving the puzzled Taits standing in the middle of the suddenly hushed room. In a moment the host reappeared with a well-worn ledger book. “See here? This is where I wrote your prayer request in column one when I met you in Front Royal in 1977: ‘Barclay Tait: God’s choice for a wife.'” Barclay looked down at the journal entry. It was the most detailed, methodical prayer journal he’d ever seen.

“I prayed for you for seven years,” proclaims Dave. “Then in the middle of the night on December 30, 1984, God woke me up out of a sound sleep and said, ‘Write in your journal, “Prayer answered.” So I did. See? Here in column two, “Prayer answered.'”
Barclay and Sherry look at each other with their mouths open. They sat down, and their eyes fill with tears. Quietly, Barclay tells Dave, “That was the day we were married.”