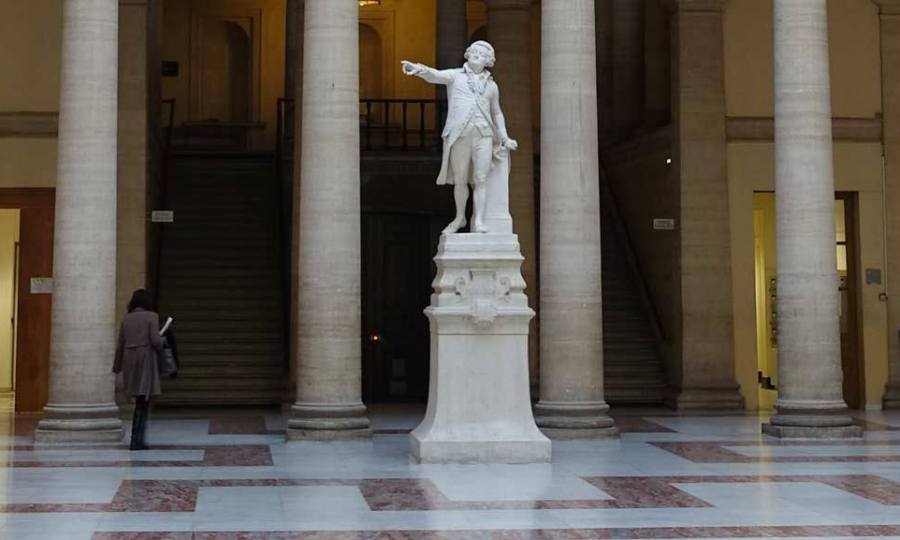 Marble Tiles: Hey statue, Don’t you think that it is just not fair that everybody from all over the world come all the way here to admire you while ignoring and stepping on me.

Marble Statue: My dear brother, marble tile, Don’t you remember we are actually from the same cave.

Marble Tile: Yes! I do, that is why i feel it is even more unfair. Both of us were born from the same cave and yet the world treats us so differently now. This is so unfair!

Marble Statue: Yes you are right my brother. But, do you still remember the day when the sculptor tried to work on you but you resisted his tools.

Marble Tiles: Yes, I despise that guy. How could he use those nasty tools on me.

Marble Statue: Well, Since you resisted his tools he couldn’t work on you. When he decided to give up on you, he started working on me instead. I knew at once that i would be something different and unique after his efforts. I bore all the painful tools he used on me and allowed him craft me as he wanted!

Marble Tiles: But those tools were so painful.

Marble Statue: My brother, there is a price for everything in life. Since, you decided to resist and gave up half way, you can’t blame anybody who steps on you now.!

The marble tiles silently listened to his brothers words. and started to reflect on it.

Moral: The harder the knocks you go through in life, the more you learn and put them to use in the future! Do not be discouraged by setbacks and failures! Keep trying to be better.